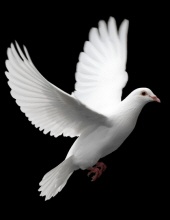 Robert Owen Hahn of Monroe, LA, died September 19, 2021. Bob was born January 3,1939 in East Cleveland, Ohio to Ruth Jurs Hahn and Harold A. Hahn. He was preceded in death by his parents, his daughter Laura Hahn and his sister Carol Hahn Smith.

After graduating from Ohio State University, Bob launched his career in manufacturing with Pollock Paper (later St. Regis Paper Company) in Columbus, OH. He was promoted to St. Regis Paper Company headquarters in Dallas, TX. Subsequently he was recruited as the Vice President of marketing for Bancroft Bag, Inc. in West Monroe, LA. In 1986 he founded Coating & Laminating Specialties, Inc. and remained the CEO until his retirement.

The family will have a private memorial service at a later date. The Mulhearn Funeral Home, Monroe, LA, is handling the arrangements.
To order memorial trees or send flowers to the family in memory of Robert Owen Hahn, please visit our flower store.