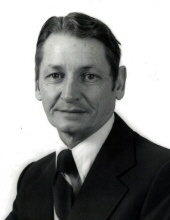 Funeral services for Mr. Robert Rogers, Jr. will be held at 11:00 A.M. Thursday, December 2, 2021, in the chapel of Mulhearn Funeral Home Sterlington Rd., Monroe, LA, with Rev. Ben Rogers and Rev. Larry Linson officiating. Interment will follow in Mulhearn Memorial Park Cemetery in Monroe, LA. Visitation will be held from 10:00 A.M. until time of service.

Robert was born August 11, 1928, to Florence Cherry and Robert Rogers, Sr. in Monroe, Louisiana. “Sonny Boy” grew up on a farm where he was instilled with an untiring work ethic attested to by all who knew him. He attended Ouachita Parish Schools, graduated from Ouachita High School and Northeast Louisiana Junior College. He retired from Delta Airlines after a 30-year career, started a business, The Trailer Barn, while simultaneously operating his farming business. “R-O” enjoyed flying his Cessna Cardinal and other planes from the age of 16 when he made his first unplanned cotton-field landing. “Brother Robert” was a loyal and active member and deacon of Highland Park Baptist Church for many years. His Christian lifestyle was a model for his family and society.

Most significantly on January 18, 1947, in Mer Rouge, LA, Robert promised to take Edna Lee Thompson to be his lawfully wedded wife, to have and to hold, in sickness and in health, in good times and bad, for richer or poorer, cleaving only unto her for as long as they both shall live. This life-long adventure of nearly 75 years knew very few bounds-geographically, mechanically, or creatively. They flew to Havana-pre-Castro, Rome. and Athens. They traveled in their RV around the entire U.S. They visited or camped in most of the National Parks; and they viewed several Space Shuttle and other launches from the Cape. They owned (and repaired) cars, trucks, tractors, airplanes, RVs, lawnmowers, cotton pickers, combines, highboys, bushhogs, and nearly every farm implement. They dug a swimming pool, built a sprinkler system, put on a hayride and Halloween party, held annual neighborhood primitive camping/hunting trips, built an addition to their home, decorated a winning homecoming float, cared for aging parents, prepared, and hosted family event during the holidays, birthdays, and weddings. In their travels they accumulated a Gem and Mineral collection which they donated to ULM for display. They cultivated their home landscape into a flower garden fit for “Southern Living”. They also raised a vibrant family. He was “Dad” to daughter, Edna Renea Joiner (Wayne), and sons, Charles Vernon "Butch" Rogers (Judy), Ryan Lee Rogers (Mary), and Robert Mark Rogers. He was “Granddaddy” to twelve; Kelli, Blake, Ben, Laura, Maureen, Matthew, DeNaya, and Andrew Rogers; Andrea, Adrianne, Audra, and Adam Joiner; and he was “Pappy” to a plethora of great grandchildren.

He is preceded in death by his parents and sister, Gertrude Byers.

Finally, we would like to thank the caregivers who have reliably and attentively assisted our family for the past three years: Diane Ballard, YoKeshia Ellis, Celeste Lemons, Yolanda Lewis, Dorothy McClain, and, to Katie, Annette, and Charlotte from Ascend Hospice Care, we also extend our gratitude.

Memorials may be made to Highland Park Baptist Church, Pilots for Patients, or Alzheimer’s Assocation.
To order memorial trees or send flowers to the family in memory of Robert Rogers, Jr., please visit our flower store.