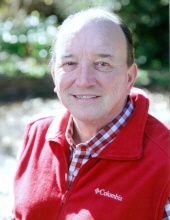 Robin Gary Saterfiel was born June 29, 1956, in Everett, Washington to Truman and Earline Saterfiel. As a child, some of his fondest memories were of his Kaka and MaSat Saterfiel and spending summers with his cousins. Family was important to Gary. Most important was his love for his wife, Marta, who he met and instantly fell in love with at the early age of 16. Over the course of their marriage lasting 47 years, his love for family extended to three children, two daughters in law, one son in law, and eight grandchildren. Nothing made him happier than being with his big, loud family. He also loved being home at his house on the hill, driving his tractor through the pasture, and spending time with his dogs, Gage and Brody.

For anyone that knew Gary, they knew he was a storyteller. He was truly at home surrounded by a circle of friends, seeing their smiles and hearing their laughs from his many antics. His door was always open to anyone who needed a laugh, a meal, or guidance.

More than anything else, he had a love for the Lord that was unwavering and everlasting. He was baptized at the age of 19 and began his faithful work for God. He was a 34-year member of Mt. Vernon Baptist Church, serving as a deacon, Sunday school teacher, and various other positions within the church. He most currently attended McClendon Baptist Church. Although his time there was brief, he developed deep connections with church members and a love for his church and its congregation.

Gary passed away on August 21, 2022, in the comfort of his home surrounded by his wife and children.

He is preceded in death by his parents, Robin Truman Saterfiel and Earline Hogan Saterfiel.

Memorials may be made to McClendon Baptist Church Student Ministry or Missions.
To order memorial trees or send flowers to the family in memory of Robin Gary Saterfiel, please visit our flower store.