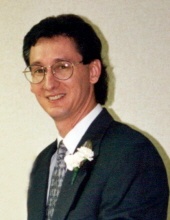 Memorial services for Mr. Ronald Dee Stark, Jr., 64, of Monroe, LA, will be held at 10:00 A.M. Wednesday, September 21, 2022, in the chapel of Mulhearn Funeral Home Sterlington Rd., Monroe, LA, with Rev. William Smith officiating. Interment will follow in Mulhearn Memorial Park Cemetery in Monroe, LA. Visitation will be held from 9:00 A.M. until time of service.

Mr. Stark was a member of Lea Joyner Memorial United Methodist Church and was a paint salesman.

Ron’s passion was football. He was a football referee for the Louisiana High School Officials Association, and formerly an official for the Mississippi High School Association (30 plus years overall.) Ron was an avid fan of LSU, New Orleans Saints and St. Louis Cardinals. He also was a baseball player, golfer, basketball player, and photographer.

Mr. Stark is preceded in death by his father, Ronald Stark, Sr.

To order memorial trees or send flowers to the family in memory of Ronald Dee Stark, Jr., please visit our flower store.