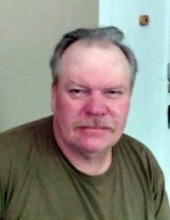 Mr. Peppers was born July 8, 1961, in Monroe, LA. He was an avid rabbit and coon hunter and loved visiting with his friends and family as much as he could. He enjoyed raising and having rabbit beagles, but he especially loved his beagle RP.

The family would like to give special thanks to Louisiana Hospice and Palliative Care.

To order memorial trees or send flowers to the family in memory of Ronald Eugene Peppers, please visit our flower store.