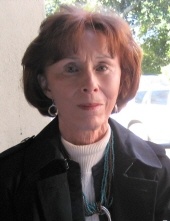 Mrs. Neal was born on September 23, 1937, to the union of Rastus Wooldridge and Mary Mason Wooldridge. Her youth was spent entirely in Franklin Parish, LA, where she became a member of Boeuf Prairie Methodist Church. Ruth graduated from Fort Necessity High School and went on to attend Northwestern University in Natchitoches, LA, where she received a B. A. in Elementary Education. While at Northwestern, she was a member of Delta Zeta sorority, the Northwestern Daemonettes, and was a Dean’s list Student. During her early years of teaching, Ruth taught English and was the Librarian at Baskin High School and later at Winnsboro Jr. High School. In 1964, she took a teaching position at Fort Necessity High School, where she continued shaping the lives and minds of many 8th and 9th graders with her expansive knowledge of English and Louisiana History. She always took great pride in being sure her students became the best they could be and was named The Outstanding Young Teacher of the year in Franklin Parish. After her many years of tenure with the Franklin Parish School Board, she retired from public teaching and moved to Monroe, LA, where she was able to combine her love for teaching and her desire to help children with special needs at Woodland Hills in West Monroe, LA. She was a teacher to the core, and even in the years she spent in assisted living and nursing homes, she would lovingly and graciously try and encourage all of the young aids to go back to school. She actually accomplished this on several occasions!

After retirement, Ruth enjoyed traveling to see her family and friends. She is preceded in death by her parents, Rastus and Mary Mason Wooldridge.

In lieu of flowers, the family is asking that memorials be made in Mrs. Ruth’s honor to the Parkinson’s Foundation at www.parkinsons.org.
To order memorial trees or send flowers to the family in memory of Ruth Wooldridge Neal, please visit our flower store.