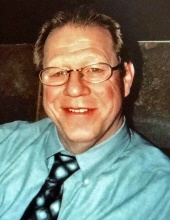 Mr. Liggin was born on December 2, 1951, in Winnsboro, LA and passed away on February 9, 2022. He was a member of the St. Patrick’s Episcopal Church in West Monroe, LA. Sammy worked at Graphic Packaging for 49 years. He loved being outdoors hunting, fishing, and harvesting muscadines. Sammy is preceded in death by his parents, Ernest Wyatt Liggin Jr. and Jesse Ezell Foster; stepfather, Harry Foster; brother, Ernest Wyatt Liggin, III, and father-in-law, Ken Case.

Memorials may be made to the American Heart Association.
To order memorial trees or send flowers to the family in memory of Samuel Wallace Liggin, Sr., please visit our flower store.