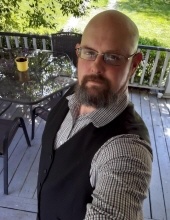 Stephen David Nash
Funeral service for Mr. Stephen David Nash, 39, of Monroe, LA, will be held at 10:00AM Tuesday, March 30, 2021, at the Church of the Redeemer in West Monroe with Pastor Steve Wilkins and Pastor Daniel Jackson Nash officiating. Interment will follow at Roselawn Memorial Gardens under the direction of Mulhearn Funeral Home Sterlington Rd. Monroe. Visitation will be from 9:00AM Tuesday until service time at the Church of the Redeemer.
Stephen was born on July 22, 1981, in Washington, DC, and passed away on March 27, 2021, in Monroe. He worked as a facility manager for the City of Faith. Stephen was a Christian, loving father and avid fisherman.
Survivors include his two daughters, Savannah Rowland and Trinity Nash; mother, Patricia G. Nash; father, James Alton Nash; and three brothers, Pastor Daniel Jackson Nash and wife Rachel, Andrew Nash and wife Emily, and Peter Nash and wife Amelia.
Pallbearers will be Pastor Daniel Jackson Nash, Andrew Nash, Peter Nash, James Nash, Caleb Nash, Bryan Everhart, David Canter, and James Lairemore.
Memorials may be made to Geneva Academy in Monroe.
Online Registry/Condolences: www.mulhearnfuneralhome.com
To order memorial trees or send flowers to the family in memory of Stephen David Nash, please visit our flower store.