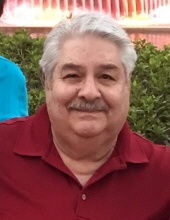 Memorial service for Mr. Stewart Allen Bashner, 75, of Monroe, LA will be held at 11:00A.M. Monday, September 12, 2022, in the chapel of Mulhearn Funeral Home Sterlington Rd., Monroe, LA, with Rev. Betty Swanson and Rev. Ben McGehee officiating. Visitation will be held from 10:00 A.M. until time of service at the funeral home.

Well known in the community as the owner of the Pickle Barrel and Bubba Luigi Restaurants, Stewart worked endlessly to support and raise funds for some of his favorite causes which included the Ronald McDonald House, Toys for Tots, Make a Wish Foundation, and the Chennault Aviation and Military Museum. Never one to shy away from a political discussion, he was profoundly patriotic and delighted in making the US Marine Band performances available to our community for many years.

He was a member of Lea Joyner Memorial United Methodist Church.

In lieu of flowers, memorials may be made to Lea Joyner United Methodist Church or Chennault Aviation and Military Museum.

To order memorial trees or send flowers to the family in memory of Stewart Allen Bashner, please visit our flower store.