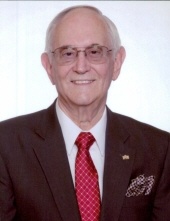 Visitation will be from Noon until services at First United Methodist Church in West Monroe, LA.

Thomas A. Sanders, Jr., 85, of West Monroe, passed away peacefully surrounded by loved ones on August 4, 2022, at Glenwood Regional Hospital.

He was a member of the WMHS class of 1955, where he excelled in basketball and baseball. He graduated from the University of Louisiana Monroe majoring in mathematics and physics and served in the US Army Reserves. Mr. Sanders was also a lifelong member of First United Methodist Church of West Monroe.

Mr. Sanders was instrumental in carrying on his father’s legacy by expanding Tom Sanders Building Mart LLC. The company recently celebrated 75 years in business by having four generations working beside him. Over the years, Mr. Sanders expanded his passion for building and developing. He was responsible for many successful and prestigious subdivisions and commercial properties in and around Ouachita Parish. At the time of his death, he was actively developing four additional subdivisions. He was also the owner of Superior Paint and Drywall and the future Sanders Lighting Co.

He devoted most of his life bettering the community by serving on various civic projects including: the Rotary Club of West Monroe, director at First National Bank, director at Monroe Building and Loan, director at Richland State Bank, commissioner on the Tensas Basin Levee Board. In 2016, he was awarded the Entrepreneurial Success Award.

He enjoyed taking Saturday drives admiring his visions coming to life. He never lost his love for a bag of salty popcorn and a good western. He will always be remembered as the best “Daddy Tom”.

The family wishes the memorials to be made to First United Methodist Church of West Monroe Building Fund.

The family would like to give special thanks to Dr. Clyde Elliott, Dr. Scott Barron, and all of the doctors and nurses at MD Anderson in Houston, TX.

To order memorial trees or send flowers to the family in memory of Thomas A. Sanders, Jr, please visit our flower store.