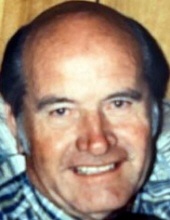 Trelby “Gerald” Walters, 82, of Sterlington, LA, passed away on August 24, 2022. Funeral service will be held at 11:00AM Tuesday, August 30, 2022, in the chapel of Mulhearn Funeral Home Sterlington Rd. Monroe with Mr. Nobby Walters and Rev. Nolan LeBeaux officiating. Interment will follow at the Northeast Louisiana Veterans Cemetery.

Gerald was born to Ishmeal and Verda Walters on January 25, 1940, in Winnsboro, LA. He graduated from Crowville High School and went on to enlist in the United States Air Force. During his eight years of service, he became a Sergeant and kept his troops well fed with his cooking, a skill he used throughout his lifetime for many friends and family. His fried fish was a favorite of many.

Other than his family and friends, Gerald had a love for veterans, music, fishing and golf. He started playing the harmonica in grade school and then mastered the guitar, both of which he used to perform in several local bands over the years.

He retired from selling cars after 29 years and then became a licensed auctioneer. Entertaining was a joy and a stranger he did not meet.

Memorials may be made to St. Jude’s Children’s Research Hospital.

To order memorial trees or send flowers to the family in memory of Trelby Gerald Walters, please visit our flower store.