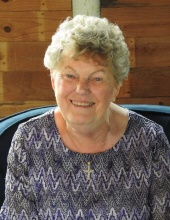 Virginia King Austin went to be with the Lord on November 6, 2021, ending several years of hard-fought battles with illness. She never gave up fighting so that she could remain with her family. While her time with us ended too soon, those who knew her will cherish her memories forever. She was the rock of our family and always was there for us. Her family was her priority and passion.

Virginia was born September 30, 1930 in Port Arthur, TX. Her family moved to Louisiana to pursue business opportunities. In June of 1947 she married William Leslie Austin. Together they raised 7 children, providing love and support for each of them. After raising her children, she began a career in bookkeeping for the McLemore family. She enjoyed gardening, cooking, and taking trips with her sisters, family, and friends. Planning family holidays and get-togethers were always on her mind.

Visitation will be Tuesday November 9, 2021, from 12 noon until the funeral service at 2 pm at Mulhearn Funeral Home in Winnsboro, LA. Burial will follow at Lone Cherry Baptist Church Cemetery in Mangham, LA.

The family would like to give special thanks to her caregivers, Donna Hitt and Norma Massey for the loving care that they provided. Thank you also to Dr. Kyle Bruyninckx for his medical services.

We will greatly miss her loving ways, but we know that she is no longer in pain or limited in the things that she is able to do.