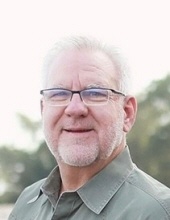 William “Bill” Norris was born in New Orleans, Louisiana on March 30, 1960. He finished his race surrounded with love at his family home in West Monroe, Louisiana on January 8, 2022.

Bill is preceded in death by his father, William Norris III and his grandparents.

Survivors include his wife of 23 years, Polly Davis Norris; his children Erin Norris, Will Norris and wife, Clesi, Maggie Jones and husband, Matthew, and Clayton Norris; his 3 favorite girls- his granddaughters, Andi-Leigh Norris, Audrey Jones, and Gracyn Norris; his mother, Louise Miller and husband, Hugh and his second mom, Carolyn Norris; mother and father-in-law, Scott and Ann Davis; his siblings, Jim Norris and wife, Charrissa, Lisa Thibodeaux and husband, Joey, Sandy Bates and husband, Robert, Angelyn Armstrong and husband, Tommy, Craig Kolb and wife, Christie; sisters-in-law, Rachael Davis and Katy Davis; numerous nieces, nephews, a TRIBE of people who loved him, and a special group of men who prayed with and for him everyday.

Memorials may be made to Fair Park Baptist Church.

The Norris family covets your prayers during this incredibly difficult time.

Online Registry/Condolences:www.mulhearnfuneralhome.com
To order memorial trees or send flowers to the family in memory of William "Bill" Norris, please visit our flower store.