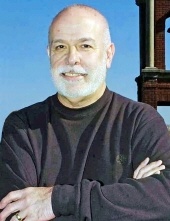 During his time on this earth, he had a passion for historical preservation of Ouachita Parish. He was a 3rd generation descendant of Judge Robert Endom and Mayor Fred Endom who played a large part in creating the first path linking Monroe and West Monroe, known as the Endom bridge which he had dedicated in their honor in 1988.

This rich history fueled his interest in genealogy of the early descendants of Monroe and West Monroe. Through his efforts, he worked with private funding to create the replica of the bell tower of the original West Monroe City Hall as well as the streetlights on Trenton Street. This funding also provided the pavilion at Hasley Cemetery for families to use when weather conditions prevented graveside services.

A graduate of West Monroe High School and Northeast Louisiana University, he pursued a degree in marketing, working his way through school in the floral industry which would change his career path.

In 1983, he would establish R. Downing Ltd., Flowers with his wife and children for 32 years in the location of his first job in the industry.

He was a member of the Knight of Pythias, Sons of the American Revolution, a charter board member for The Northeast Louisiana African American Heritage Museum.

He spearheaded the reestablishment of the Cottonport and Don Juan Fihoil Historic Districts in West Monroe. He was a contributing historical writer for the Ouachita Citizen and Louisiana Road trips.

In 2005, he was honored with the A.O. Evans Award by the West Monroe-West Ouachita Chamber of Commerce for his efforts to enrich his community.

Antiquing was his passion which would create a weekend refuge for his family in Natchez, Mississippi with many friends for several decades at the historical homes. That love of antiquing also brought the introduction of his wife by her mother.

A private burial took place on Monday, September 27, 2021, under the direction of long-time family friends, Mulhearn Funeral Home, whom he once was employed by, at the Old Monroe City Cemetery with his Endom descendants.

A celebration of his life will take place on his 75th birthday in the courtyard of his son, Clinton's antique shop, Revival on November 12, 2021, from 4:00 P.M. until 7:00 P.M. at 300 Walnut in Historic Downtown Monroe. This celebration of life is open to family, friends, and anyone whose life he many have impacted.

The William Ronald Downing Memorial Fund will be set up to provide funding for the historic preservation and restoration of the Old Monroe City Cemetery’s iron fencing and monuments.
To order memorial trees or send flowers to the family in memory of William Ronald "Ron" Downing, please visit our flower store.