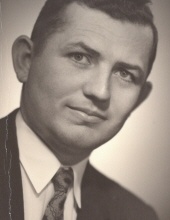 Willie Taft Smith, age 93 of Lone Oak, Texas, passed away on November 14, 2021 peacefully at his home with his wife and daughter near him. He was born on November 26, 1927 in Liddieville, Louisiana to William Henry Smith and Henrietta (Jennings) Smith. He attended Ogden High School and graduated in 1945. During his younger years, he enjoyed riding horses, hunting, fishing, playing baseball, and going to the picture show. When not in school, he spent time working with his father on the family farm.

He was a proud World War II veteran and a member of the American Legion. He enlisted in the Army Air Corps in 1946. During his service, he served in Guam as a supply technician and mechanic for aircrafts used in the war. He was among the inaugural group of servicemen to be included in the Air Force when it was created in 1947. He achieved the rank of Sergeant before receiving an honorable discharge in 1949. He was very proud of the letter that he received from President Truman thanking him for his service.

He attended Louisiana Tech University and earned his accounting degree in 1952. In 1953, he received a master’s degree in business from the University of Denver. In later years, Will obtained a “Masters + 30” from the University of Arkansas. Will attained his certificate as a Certified Public Accountant and was licensed in both Louisiana and Texas. He worked in the corporate environment for a short time before finding his passion for teaching. For 30 years, he served as an associate professor of accounting at Northeast Louisiana University (now the University of Louisiana at Monroe), where he met his wife of 63 years, Lola, as a student in his class. They were married on August 8, 1958. He earned the respect of his colleagues and students and was awarded numerous outstanding professor awards before his retirement in 1983.

In his later years, Will enjoyed playing cards, singing gospel songs with his wife, Lola, playing the accordion at church, and watching westerns. Most of all, he enjoyed fishing and being on the lake. He spent many mornings fishing – crappie, catfish, and bass. He spent time on Toledo Bend Lake, where he retired with his wife, and later on Lake Tawakoni in East Texas where he moved in 2003. He loved to meet new people and tell stories. His family and friends fondly remember listening to him for hours, telling stories about his younger years and his time in the military. He was actively involved in his church, serving as a Sunday School teacher and as an elder. Those who knew Will remember his easygoing demeanor. He never met a stranger and was quick to help anyone in need. Many former students have told his family what a great teacher and kind man he was and how he made an impact on their lives.

He is survived by his wife, Lola (Smithwick) Smith; daughter: Donna Smith Polledo; daughter-in-law: Mary Smith; grandchildren: Daniel Black, Morgan Smith, and Emily Smith; several great-grandchildren; and numerous nieces, nephews, and cousins. He was preceded in death by his parents; siblings: Cynthia Smith DeBlieux; Agnes “Tiny” Hastings; William “Bud” Smith; and Edward “Jack” Smith; his son: Keith Smith; daughter: Deborah Smith Kincaid; and his grandson: William Smith.
He was a devoted husband, father, son, brother, grandfather, and friend to many. Above all, he was a faithful servant of the Lord. His family is saddened by his passing and will always cherish his memory.